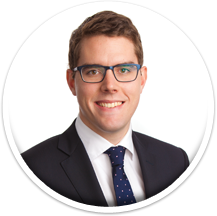 Ryan Murphy is a lifelong resident of Brisbane’s eastern suburbs, and as Councillor for Doboy Ward, is committed to delivering for his constituents.

Growing up, Ryan attended Carina State School and then Iona College at Lindum. After graduating, he joined the Australian Army Reserves, before going on to further study at the University of Queensland.

Ryan was first elected to Council in 2012, becoming Brisbane’s youngest councillor. He was re-elected in 2016. Prior to entering Council, he was employed in the private sector as a public relations consultant to some of Queensland’s largest infrastructure and resource projects.

Ryan has lived in Doboy Ward since 2013 and his priorities for the area include improving local roads and parks, strengthening local community organisations and ensuring the views of residents are heard on planning and development issues.

He is actively involved in supporting a wide variety of local community groups in the Doboy Ward and serves as Patron of the following community organisations:

Ryan is an associate with the Public Relations Institute of Australia and is the founder of the Wakerley Christmas Carols Council (W3C).

Ryan is Deputy Chairman of the Finance, Economic Development and Administration Committee and a member of the Infrastructure Committee. He also serves as the Lord Mayor’s Representative on Youth Affairs.