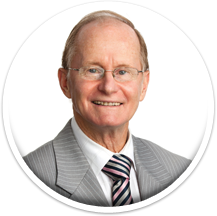 Norm Wyndham has always been a passionate advocate for the residents of the McDowall Ward since being elected in 2004. Norm is widely known for his enthusiastic commitment to getting things done and planning for the future.

During his time representing McDowall Ward on Council he has served on several committees from Infrastructure to Lifestyle. Following the 2016 election he is serving on the Environment and Finance Committees.

He is always keen to see that locals have good opportunities to stay Active and Healthy with an expanding network of local cycle/walking paths, and fitness equipment in parks which he first had trialled locally and now are installed across the city.

He has always encouraged local ethnic groups and is a big supporter of the Multicultural Taste of the World festival. This festival is a signature event held locally and run by the Brisbane Malayalee Association.

Before entering Council, Norm worked as a Manual Arts Teacher and was an educator for 26 years. As a parent and former high school teacher, Norm maintains an interest in issues which affect our youth.