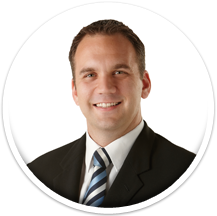 Councillor Matthew Bourke was elected as Councillor for the ward of Jamboree in 2008 as part of former Lord Mayor Campbell Newman’s team.

He is an active member of the Centenary Suburbs Historical Society and has a long association with the Rotary Club of Jindalee, Centenary Meals on Wheels, Centenary Community Connections and the Centenary Chamber of Commerce.

Prior to being elected by the people of Jamboree as the local Councillor, Councillor Bourke was a small business owner.

Councillor Bourke is a strong supporter of local community groups and schools and he has a track record of delivering for the Jamboree Ward. He was heavily involved in the recovery works after the January 2011 flood event with his efforts being formally recognised when he was presented with the National Emergency Medal by Lord Mayor Graham Quirk.

In addition to his responsibilities as Councillor for Jamboree Ward, Councillor Bourke served as the Chair of Council’s Environment, Parks and Sustainability Committee from 2012 to 2016. Following the 2016 Brisbane City Council election, Councillor Bourke was appointed as the Chair of Council’s Lifestyle and Community Services Committee. He was also Lord Mayor Graham Quirk’s representative on the City Hall Restoration Project.