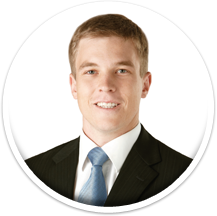 Councillor Julian Simmonds was elected to represent the residents of the Walter Taylor Ward in Council at a by-election in October 2010, and again in April 2012 and March 2016.

Councillor Simmonds has a long association with the Walter Taylor Ward and is committed to ensuring the area remains a wonderful place to live and raise a family. His priorities include reducing traffic congestion in local streets and improving public transport. He is also working with the community to ensure they have a say in local neighbourhood planning.

Councillor Simmonds is involved in a number of local community and sporting groups. He is active in the community, undertaking regular Meals on Wheels runs and participating in local creek revegetation.

Prior to being elected to Council, Councillor Simmonds worked as a policy advisor for Public and Active Transport and Economic Development. He holds a Bachelor of Arts and a Masters Degree in Journalism.

In 2011, Councillor Simmonds was appointed to Civic Cabinet as Chairman for Public and Active Transport, and again following the 2012 Council election as Chairman of the Finance, Economic Development and Administration Committee.

Following his re-election in 2016, Councillor Simmonds was re-appointed to Civic Cabinet with a new portfolio as Chairman of City Planning. His responsibilities include planning for the sustainable development of Brisbane to ensure economic prosperity, a healthy ecology and ensuring a quality of life where Brisbane residents will want to live and work.