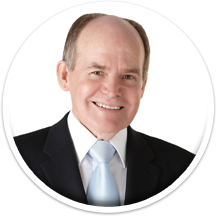 Ian McKenzie was elected as Councillor for the ward of Holland Park in 2008 as part of former Lord Mayor Campbell Newman’s team. He was re-elected under Lord Mayor Graham Quirk in 2012 and for the new ward of Coorparoo in 2016.

Ian is married to Josie, a teacher, with twin adult daughters. They are a close family with a vigorous work ethic, and he understands the pressures on parents with family and work responsibilities.

Ian has a genuine desire to listen, analyse and act on all issues, big and small. He has held responsible positions in the private industrial relations sector and in the public sectors including the Queensland Police Service.

After the 2016 election, Ian was appointed to sit on the Public and Active Transport Committee and the Field Services Committee.

Since his election, Ian has developed close contacts with many community groups and individuals. He encourages residents to contact him to discuss local and citywide issues.

Ian’s interest in local government commenced early, gaining a Bachelor of Arts majoring in political science. This led to neighbourhood participation in local issues over many years.

He owned the Morningside childcare centre for 13 years, giving him an acute appreciation of small business operation.