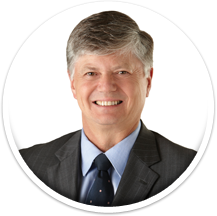 David McLachlan is Chairman of the Environment, Parks and Sustainability Committee which is responsible for the protection and enhancement of Brisbane’s environment including the Brisbane River, waterways, biodiversity, air quality and natural areas.

David has represented the Hamilton Ward since October 2006 and lives in the suburb of Hendra with his wife Nicole and two children.

He has a Bachelor of Arts (Honours in Political Science), trained as a journalist and worked for media organisations including the ABC, Network Seven and Southern Cross Broadcasting. David has also worked as a political consultant including advising a Federal Cabinet Minister.

Before his election to Council, David consulted to numerous businesses on issues management, media management and government relations.

David chaired a taskforce examining mass transit options for Brisbane, which led to the introduction of the successful CityGlider service. He was appointed to Council’s Expenditure and Coordination Committee in March 2008 as Chairman of City Businesses and Water Supply and then as Chairman of Field Services.