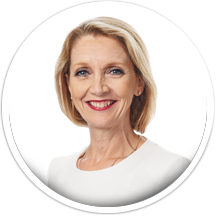 Amanda Cooper has been the Councillor for Bracken Ridge since 2007 and has worked hard to make the local area a better place to live. She has also served as a member of Civic Cabinet since 2008.

As a member of Lord Mayor Graham Quirk’s team, Amanda has delivered improvements to local parks, roads and transport infrastructure, including the Telegraph Road Corridor Upgrade Stage 1a and the elimination of the Telegraph Road open level crossing which has been a major issue in the area for a number of years.

Amanda and her husband, Geoff, and their three children have been active members of local school, bush care and sporting associations. These experiences have given her a real insight into the unique character and strong community spirit of the local area.

Amanda is committed to ensuring that the ongoing growth of the Bracken Ridge Ward is well planned, with the necessary facilities and infrastructure to keep it a great place for families. In 2016, she worked to establish The Emily Seebohm Aquatic Centre and adjoining skate park in Fitzgibbon which has become a community hub that is enjoyed by all. She has also ensured that community events such as the annual Bracken Ridge Backyard Bonanza are supported by Council.

Amanda holds a Bachelor of Arts (double major in Government), from the University of Queensland and prior to becoming a Councillor, she worked on urban planning and economic development policy, including the implementation of Council’s award winning Neighbourhood Planning process.

Following the 2008 Local Government election, Amanda served in the role of Chairman of the Neighbourhood Planning and Development Assessment Committee at Brisbane City Council for eight years. In 2016 ensuing the Local Government election, Amanda was appointed to the important role of Chairman on Brisbane City Council’s Infrastructure Committee.